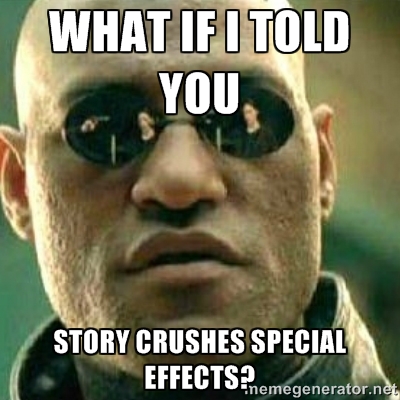 Now, I’m not saying that Batman would kick Superman’s keister in a fist-fight. No.

Though there is a hilarious series of posts over on The Correctness where they have Batman, Superman, Wolverine and other super heroes fight to the death, tournament style, each time debating who would win and why. It is amazing. Go read it.

I’m saying something different: that Batman is more far more interesting, cool and entertaining than the man who wears blue and red pajamas.

On to the reasons:

Comic books are a separate shebang, and the comic book nerds dive so deep into the Batman and Superman policy weeds that they Confuse me, because when it comes to the comics, I am a Bear of Little Brain.

Movies are something we all know and love, and it doesn’t take a lifetime of reading back issues of Detective Comics to say that THE DARK KNIGHT is 5,982 times better than all of the various Superman movies combined — plus every Transformer, G.I. Joe and My Little Pony movie ever created. (No, there is not a My Little Pony movie yet. At least I hope not.)

Yes, there is that one exception, the George Clooney version of Batman with that blonde actress who was in a bunch of Aerosmith videos. Alicia Silverstone? Something like that. I hope she’s got a sitcom or reality show now, and that she burned that Batgirl costume, because her wearing it was an abomination. Even so, I’d rather watch the Clooney movie six times in a row than any random Superman flick.

If we throw out the one semi-decent Superman movie — the first one — and the one bad Batman with Clooney, you’ve got zero great Superman flicks versus a whole pack of good Batmans, a few great ones and three brilliant ones.

Batman keeps on surprising us. He’s got that one rule, but other than that, hey, watch out. Think that Superman would break a thug’s leg to find out where Joker hid a bomb? No. That would be wrong, boys and girls. Superman will use his X-ray vision to find the bomb. Or he’ll fly really fast to go back in time and prevent the bomb from ever being planted in the first place. Ugh.

3) The outfits, they are not comparable

Sure, early Batman looked little different than a five-year-old in pajamas who used a towel for a cape and put on a mask. Adam West’s costume is hilarious.

Superman’s red-and-blue pajamas, though, haven’t really changed over the years. They started out kinda odd. They’re still kinda odd. There’s nothing cool about them.

Batman’s costume has only gotten better and better. Michael Keaton looked amazing, years ago, and the Christopher Nolan movies turned the Batsuit into a work of art.

Superman’s alter-ego is a bumbling reporter who wears glasses. Otherwise, he’s also a goodie-goodie two shoes just like Superman and nothing to write home about.

Batman’s alter-ego is playboy billionaire Bruce Wayne, who is entertaining all by himself.

Who else has a playboy billionaire alter-ego that’s endlessly entertaining? Tony Stark. Does this work as a movie? Oh yes.

1) Super powers get old, while gadgets and skills are always good

Invincible powers, like being bullet-proof and invincible and able to fly so fast you go back in time — those stink, because it’s unfair to the bad guys and unfair to the audience. We know who will win, every time.

Powers are also inherently bad because the average person reading a comic book or watching a movie can’t get (a) bitten by a radioactive spider or (b) decide to be born on a different planet and sent to Earth in some kind of spaceship aimed at a cornfield in Iowa.

Batman doesn’t have super powers. He has gadgets that he designs and makes, plus skills that he earned through hard work, study and sweat.

No matter how hard you try, you couldn’t become Superman, Spiderman, the Hulk or the other 927 super-powered heroes floating around out there.

Batman is achievable, given enough money, motivation and training.

ALSO-ALSO: Batman’s gadgets are so interesting and fun, Daniel Craig is jealous. What’s an exploding pen and a Aston Martin with machine guns compared to the Batsuit and the Batmobile? He’s got the grappling gun to zoom around, the cape with memory cloth to fly around Gotham and seventeen other amazing toys that you and I would love to have.

It’s also more interesting to watch somebody solve crimes and defeat villains using skills and brains rather than super powers that you inherited through no effort of your own. How did Superman prevent that comet from destroying the Earth? Oh, he flew out there and pushed it out of the way. No big deal. Didn’t even break a sweat.

If you’re watching a movie or reading a book, even a comic book, you want to identify with the hero. I don’t identify with Superman, not being an alien from another world with invincible powers.

I can identify with Batman, and every man alive would happily trade their two-car garage for a fully equipped Batcave.

Sidenote: By the way, Batman would wipe the floor with Superman. 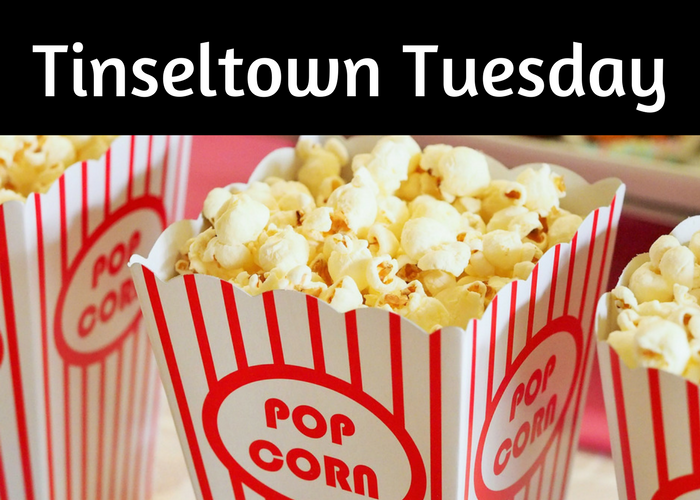 Here is my take on every Batman movie known to man except for THE DARK KNIGHT RISES, because I don’t want to spoil that for folks who haven’t seen it yet.

Fire up the time machine.

Do you remember the hype for this first Batman movie? It was insane.

Just seeing the intro, where the camera zooms around something that looks cool and immense, and turns out to be the bat symbol — it blew our little minds.

Looking back at it, the thing seems incredibly cheesy and low-budget. But still fun.

The fight scenes were the best thing around aside from movies involving (a) Bruce Lee, (b) lightsabers or (c) Bruce Lee wielding a lightsaber.

Jack Nicholson was also on fire.

HOWEVER: Tim Burton did go a little wacky with the mix of time periods, cars, costumes and musical choices. This movie was a combination of cheesy, trippy, awesome and weird.

The Michael Keaton sequel followed the iron-clad law of comic-book movies, which says: “The first movie must have the origin story of the hero plus the best villain, then the second movie must have two villains and the third movie THREE FLIPPING VILLAINS, then you reboot the franchise with a cheaper star and cheaper director.”

Bad news: the sequel had Danny DeVito instead of Jack Nicholson, though Danny did a pretty decent job of being creepy and threatening.

Best news: Michelle Pfeiffer as Catwoman, which is glorious.

BATMAN FOREVER goes first. I actually didn’t mind Val Kilmer as Batman, or Tom Cruise’s 5th wife as whoever she was supposed to be.

And shockingly, Jim Carrey does a great job as The Riddler while the more honored actor, Tommy Lee Jones, was boring as Two Face.

HOWEVER: The movie is kind of like Lindsey Lohan: a good-looking mess.

I did like the ending, though. The final confrontation with Jim Carrey in tight pajamas, and the choice Batman has to make in saving his friends — good stuff.

BATMAN AND ROBIN is where the franchise jumps the shark.

This may be the most expensive mistake George Clooney ever made as an actor. He’s a tremendous actor, one of the best ever, but he’s completely wasted in this film, which is a bit like IRON MAN 2 in that we have 14 subplots involving sidekicks (Robin, Batwoman, Alfred, whoever) along with another 8 subplots involving Uma Thurman, Arnold Schwarzenegger and whoever else was one of the villains in this mess.

Bane is in here as some kind of wrestler thug. Big waste.

So, this is the movie that gives us Batman on ice skates and batsuits with nipples. This movie should be nuked from orbit.

The Christopher Nolan / Christian Bale movies are obviously the best.

This movie is under-rated. Seriously. I just watched it again last night, along with THE DARK KNIGHT, and it’s rock solid.

The beginning is hard core. Bruce in a Chinese prison, his parents getting shot during the mugging, Liam Neeson showing up with a lightsaber and talking about how the Force helps you be a ninja for justice or whatever.

Loved every second, especially when Bruce rejects the League of Shadows and their plan to destroy Gotham for the 14th time, and instead destroys their base. Beautiful.

The middle is great, especially since you get to watch Bruce Wayne tinker and try out new things. He doesn’t just flip a switch and turn into Batman: he evolves into it, painfully, and it doesn’t happen in a Rocky montage set to the music of Prince, Usher, Eminem, Rihanna or Justin Bieber, which is a possibility if you handed the reigns to this franchise back to Tim Burton or Joel Schumacher.

Liam Neeson actually being Ra’s – a great surprise, as was Liam burning down Wayne manor and leaving Bruce for dead, just like what happened to him back at his Jedi ninja lair in the mountains.

The ending is also satisfying. Every payoff has a setup, and things tie together perfectly.

But this film — as genius as it is — is uneven compared to BATMAN BEGINS. The beginning and middle are better than the end, though the closing bit is awesome.

I’m not saying its a bad movie. Love it. I’m saying the beginning and middle are awesome and the end is merely great, and the genius of the whole thing completely overshadows the parts that are a bit talky or slow.