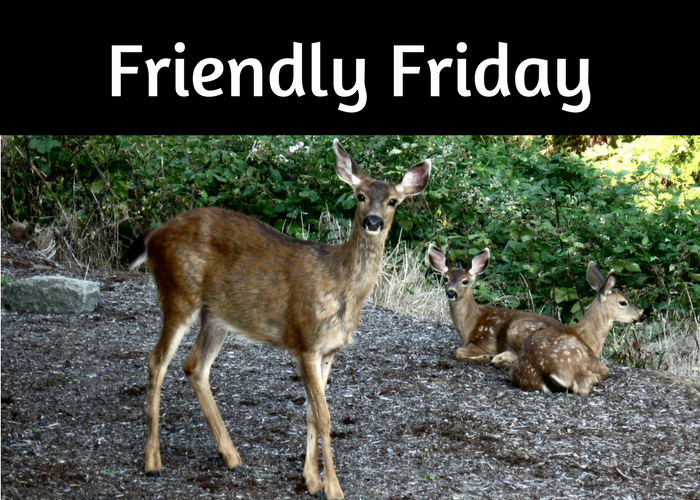 Not for the amazing army of authors. Not for the editors and literary agents.

And not for the millions of loyal readers.

That should change. Here’s why:

1) The world needs books more than ever

Newspapers and magazines are below books on the food chain of ideas and insights. I say this as a former journalist who bleeds newsprint if you cut me.

Only books give a writer enough space and time to truly dive deep into a topic.

Every library is an arsenal of liberty and each book is a foot soldier in the war against ignorance, apathy and hate.

We need books more than ever, with propaganda, misinformation and tyrants—or wannabe tyrants—one the rise around the world.

Books matter. When it comes to ideas, they are irreplaceable.

Oh, television and movies make billions. Money isn’t the same as importance. TV, movies and the Series of Tubes can’t replace the role of books.

And the foundation of a healthy book industry? Romance novels.

It’s not even close.

Crime and mystery novels are No. 2, at $728 million a year in the U.S. book market. Sidenote: there are conflicting opinions of what genre is No. 2. I’m not getting into that fight.

Romance novels lap the field with a staggering $1.44 billion a year.

Age cannot wither her, nor custom stale her infinite variety.

You can make a case that YA dystopian fiction was a fad, just like a zombie movies and books were once hotter than the sun but now colder than an icy hand wrapping around your throat at midnight in a graveyard.

There are fads in publishing, just like anything else.

Romance novels, though, are eternal and infinitely varied.

There’s contemporary and historical, futuristic and fantasy, gothic and paranormal, series and suspense, straight and LGBTQ.

Sidenote: I believe a good percentage of romantic suspense novels would get placed on the mystery and thriller shelf if you reversed the genders of the protag and love interest. Switch the genders of my favorite series, the Reacher novels, and bookstores would put those on the romantic suspense section. I own every Reacher novel and they all have a strong romance subplot, with the love interest the most important character aside from Reacher, somebody who gets more time on the page than the disposable villain Reacher will inevitably outsmart before he crushes their bones into powder. The fact that the gender of the protag determines where the book gets placed on the shelves kinda pisses me off.

Women hold 70 to 80 percent of publishing jobs and make up the majority of both literary agents and book buyers.

It’s smart business to pay attention to what people buy, and dumber than dumb to ignore the actual market and what your customers want.

If movie critics ignored 90 percent of action movies and only wrote reviews for black-and-white French existentialist movies, the average movie-goer would be hacked off. I don’t care what industry you talk about. Car reviewers who only write about $240,000 exotic sports cars aren’t really helping their readers, who buying sedans and pickups and minivans.

Book critics and book reviews should reflect what book buyers actually put down money to buy.

4) Romance is a story that needs to be told

War and action movies answer the question of what’s worth dying for.

The best stories about what’s worth dying for show how tough this choice can be. CATCH-22 doesn’t say World War II was a bad war. Clearly, Hitler needed to be stopped. The question Yossarian struggles with is truly this: After the war is basically over, do you really need to risk your life flying more missions that will probably get you killed, or should you save your life by becoming a deserter, shunned by your country but still breathing?

Romance novels are about what’s worth living for.

Who should pick as a partner or spouse, to love and cherish and maybe start a family?

That’s a massive, massive question. You better get it right, because getting it wrong can be the biggest disaster ever.

Romance novels show people struggling to make the right choice. Who should you pick as a partner in love and life?

5) Romance authors, editors and readers are strong where male writers are weak

If you’re a male writer, I’d suggest getting editors, critique partners and beta readers with a romance background.

Hear me now and believe me later in the week: Romance folks are strong where most male authors are weak. Seek them out. And when you need a professional editor, hire them.

The opposite is also true. I’ve edited novels for a number of female authors, including romance authors writing thrillers (or romantic suspense), and I think we both learned a ton each time. Strengths and weaknesses should be complementary, and you won’t find that with an editor, critique partner or beta buddy who’s a clone of you.

Also: romance authors and readers have the biggest and best-organized communities, online or in person. They have their act together.

RWA is an army, folks. Do not mess with them.

Men should push for tax breaks for romance novels. Seriously.

This is my experience: My wife reads everything. She’s a trial attorney and the mayor, basically working two jobs. And sure, we have all kinds of books in our library and all over the house: books on rhetoric, the classics, non-fiction, thrillers, mysteries. Everything. Yet the last thing she or I want to do after a hard day is to read heavy non-fiction or dense, depressing lit-rah-sure, which on weeknights makes me feel like I have to pull an all-nighter to write a 20-page term paper, and I am done with all that.

Romance novels let her relax. They make her happy, just like reading thrillers makes me relaxed and happy.

There’s a reason why if there’s no HFN (Happy For Now) or HEA (Happily Ever After) that it’s not actually a romance novel. Could be a tragic love story, like ROMEO AND JULIET, but not a romance.

The message of romance novels is that despite how hard it can be to pick the right person, and build a strong relationship with them, all of that is worth the effort. That’s why the ending has to be HFN or HEA.

Strike that. I love it.

It’s hopeful, noble and something we all need to hear.

Because in the end, it’s our relationships—not how many digits are in your bank account, or how fancy your car and house is—that really matter in life.

P.S. As a bonus, check out this great infographic from PBS. My only quibbles: at the end, they give FIFTY SHADES OF GREY and the e-book trend too much space, though this was back when that book was huge and e-books seemed like the future. Now, readers are pushing back for more physical books. Because hey, there’s nothing like the smell and feel of a read hardcover.