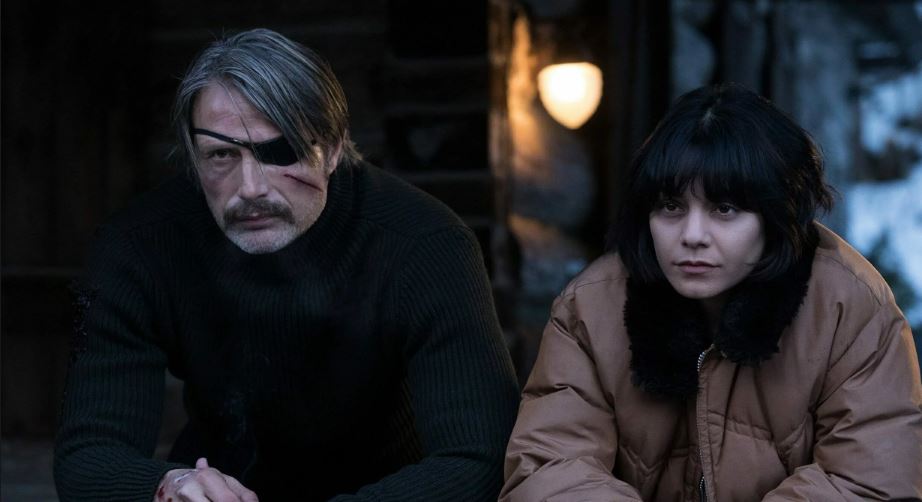 Good trailer, right? And there’s a good movie buried in here. Mads Mikkelsen is a great actor. His whole performance is perfect. It just feels like Mads is in a different movie than everybody else.

POLAR is best described like this: picture a bunch of screenwriters or studio execs watching JOHN WICK and saying, “What if we did that, but had Quentin Tarantino direct the thing, like KILL BILL?”

Except they couldn’t book Tarantino and decided to turn up the cray-cray up to 11.

I’m a huge fan of action movies, so sure, it was fun. There was just a disconnect between the gritty performance of Mads and the villains chewing up the scenery.

Since this silly blog is all about taking things apart and seeing how they work, or could be fixed, here’s what went wrong and how to fix it.

Three easy fixes, one small and early, one middling and the final fix big and late:

Early on, Mads retires and buys a puppy, which was way too on-the-nose for me with the movie already super close to the plot of JOHN WICK.

Soon after, Mads has a nightmare and accidentally shoots the puppy. No. Don’t even go there.

In fact, action movies need to spike any scene where the bad guys kill the retired killer’s dog, cat or favorite horse, because JOHN WICK slayed that forever.

Scenes with Mads and the girl he later protects feel like part of the same gritty movie.

All the scenes with the villain and his minions feel like they were written, shot and directed by somebody else–a younger director who spent every night binge-watching Miami Vice and hanging out in strip clubs as he wrote these scenes.

Pick a style and stick with it. As in, pick the style that fits your lead actor, not your side characters.

3) Give us a villain as strong as Mads

Mads is a great character and we get to see him in action multiple times. A fast, powerful killer. The main villain, the boss of a pack of bad guys, is far less scary. In fact, his minions are stronger and better than he is.

This turns the villain into a joke, and he really only shows up for comic relief.

In the climax, when Mads enters the villain’s lair for the final confrontation, it’s a boring mismatch the director chooses to not even show. We just see the villain’s head fly through a window after Mads chops it off.

That’s a huge disappointment. An action movie’s climax needs to be, I don’t know, climactic. There were tons of other set pieces earlier in the film that were far more interesting and exciting, so it left a bad taste at the end.

There are good ingredients here, especially the performance of Mads.