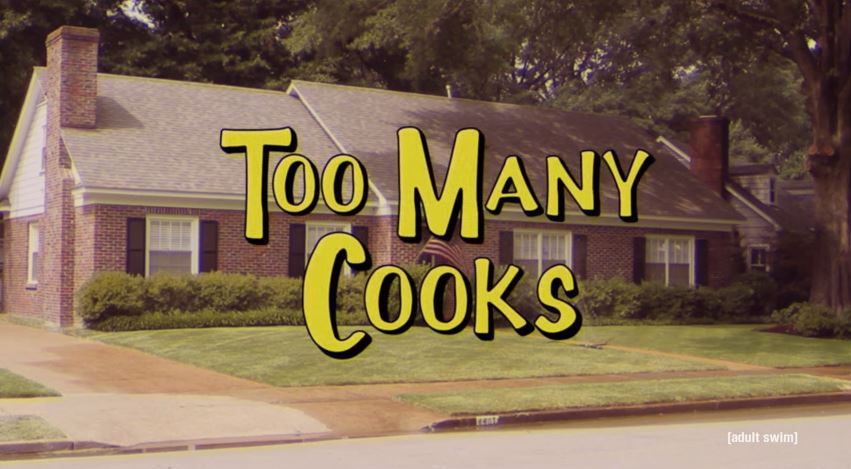 There is no shortage of funny or strange videos on the Series of Tubes, and it takes no great talent to find them.

HOWEVER: It takes some talent to make something as long, and interesting, as TOO MANY COOKS.

Before you watch it, listen: this thing starts out slow, and if you’ve never watched bad TV shows from the ’80s and ’90s, because you weren’t born yet, or have a rule about never watching the Glowing Tube, some of these parodies will fly over your head like a B-2 bomber.

I don’t believe there are any bad words or anything other than cartoonish violence and creepiness, but be warned that it does get weird, though I think in an interesting way. This really is something for people who grew up watching reruns of The Brady Brunch, TJ Hooker, Airwolf, Battlestar Galactica, Wonder Woman and about seventeen other shows. Funny stuff. Watch, then we’ll dissect it.

So: there’s no way to name every single genre and show that video just parodied. The list is ginormous.

From a big picture, though, the secret seems to be how this is different from Saturday Night Live skits from the bad old days, where writers took one funny idea and beat that dead horse all the way to the glue factory.

TOO MANY COOKS is the opposite. Despite repeating the opening song again and again (though they twist it), they’re actually cramming five metric tons of funny ideas into one parody skit, constantly changing their target to different genres and specific Bad TV Shows We All Used to Love.

Love is a big part of this. You can’t film a video of this breadth and style without loving those shows, and knowing them incredibly well. I could write a pretty good fake Airwolf script, and completely skewer it, because as a pookie, I watched that show religiously and adored the thing. Jan Michael Vincent FTW! And yeah, that thing was terrible when you fire up an old episode on YouTube now. But we loved our TV trash, and part of us will always love it.